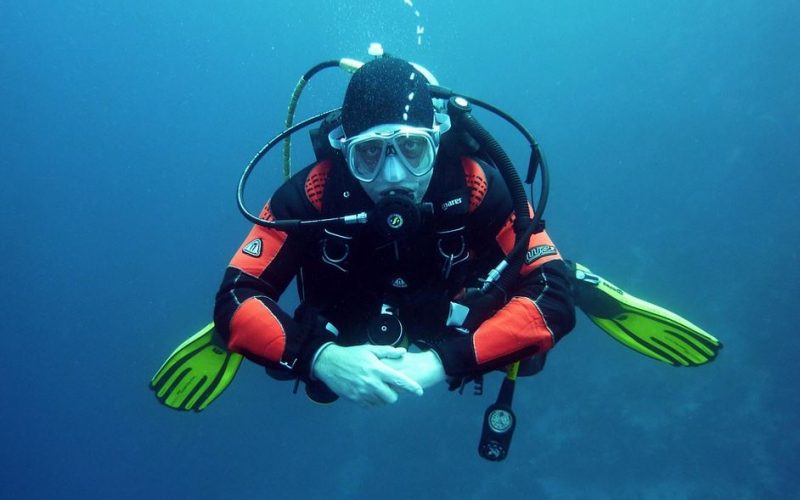 Simply said: It’s frustrating to wait in the loooo-oong decompression stops and having _nothing_ to do.
You can take juice and drink it through a straw, then you can have laminated journals etc. But music! That’s just great! And why not have a loudspeaker, so everyone else in the decompression stop can (have to..) listen to the same music than you do! 🙂

First test, year 2002:
Plain box, equipped with O-ring sealing. There was obviously nothing inside, because the idea was to test the implosion point of the empty box. Two tests were made. First box broke in a depth of 8,6 m (29 feet), second one broke in 8,9 m (30 feet).

Second test, year 2002:
Same as above (Test 1), but this time the box included structural reinforcements, Sony Walkman and a separate amplifier with a loudspeaker. Approximated audio output was 3W.

The amplifier/loudspeeker gave now about 6W audio out. Once again I have the same, lousy crap music from local radio station recorded to a C-cassette. The player was already ON with automatic tape-reverse, and only the power circuit was off.

At first, the box seemed to perform well in structural sense, but soon after 2..3m depth the inner wall of the box started to show some moisture. The music was hardly hearable, unless you kept the device right next to your ear. After 5 minutes, the leaked water had shut down the amplifier circuit, and only the Sony Walkman kept going and you could hear the cassette playing (the DC motor humming).

The results were disappointing, as expected.. 😉